We Have To Be Woke

“Theresa May, where’s the money for Grenfell? What you thought we just forgot about Grenfell? You criminals, and you got the cheek to call us savages. You should do some jail time, you should pay some damages, we should burn your house down and see if you can manage this.”

You’ve probably already seen Stormzy’s freestyle at the BRIT Awards this week circulate across social media. After securing two awards, one for Best Male Solo Artist and one for his acclaimed album Gang Signs and Prayer, his words closed the show in the most unexpected and uplifting way.

I’ve watched that last clip so many times, and damn… the bravery. This is a man who has gained fame through grime which, until recently, wasn’t deemed fit enough to be played on mainstream radio. He is at next level heights in his career and could easily make music, keep his head down and carry on doing the thing he loves with zero qualms.

Yet, at 24 years old, he just called out the Prime Minister and her government on national television for one of the grossest of tragedies of my generation that is being disregarded and ignored. The passion and anger in him as he delivers those words speaks for a community.

For me, a person of colour who was born in this country, grew up in this country and yet has never felt fully accepted by this country due to the pigment in my skin, to see someone on stage using his platform to say those words on behalf of those who are voiceless, is groundbreaking.

Moments like those are ones that stay with me and continue to enforce the comprehension that silence will no longer be tolerated. Since helping to coordinate the Black Lives Matter march in Bristol a couple of years ago, my eyes were opened to the parts we can all play in making a difference. 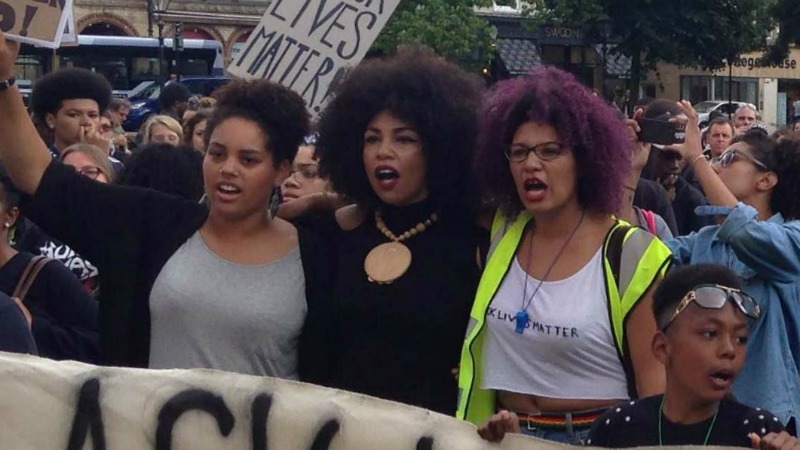 When me and the other organisers started, we didn’t know how many people would join us; at the Malcolm X Centre there was maybe 40 at the most. But as we walked through St Paul’s, down Stokes Croft, around the Bearpit roundabout and through the city centre we went from few to many.

Suddenly there was a crowd so long it took me 10 minutes to get from the back to the front, as people got out of their cars and stopped what they were doing to join us. To march. To shout. To take a stand.

It takes so much less than you’d think to challenge a wrongful perception, question a mindset or speak for a voice that can’t be heard. There has been too much silence and it is the most dangerous accomplice to prejudice. No more.

We see ourselves in positions where we can make a difference now; on the radio, on the screen, in the rooms that used to be closed off, there’s more than a foot in those doors now. Stormzy told it like it is: “They’ll get me for this so be woke”.

We need to be brave. We have to be woke.