After speaking to Chi-Chi Nwanoku I was more than a little excited to watch Chineke! Orchestra playing music by Joseph Boulogne, Chevalier de Saint George at this special St George’s Day concert at St George’s. The composer, an illegitimate son of a French plantation owner and his black slave, has been dubbed ‘the other Mozart’ but failed to receive the same level of fame or recognition in history despite beautiful compositions.

Walking into St George’s, I felt my heart rise into my throat – I hadn’t expected to feel such a wave of emotion looking around at the most mixed audience I’d seen there ever before, not just in terms of race but also age. There was a real sense of community that I hadn’t realised I’d missed in the venue previously.

I felt relaxed sitting alone in a packed hall of people at a classical concert where the worry of feeling out of place or self-conscious may have put me off in the past – this wasn’t the case tonight. Watching the musicians take their place on the stage filled me with such pride, the widest involuntary smile spread across my face, a reaction I saw reflected by many around me. 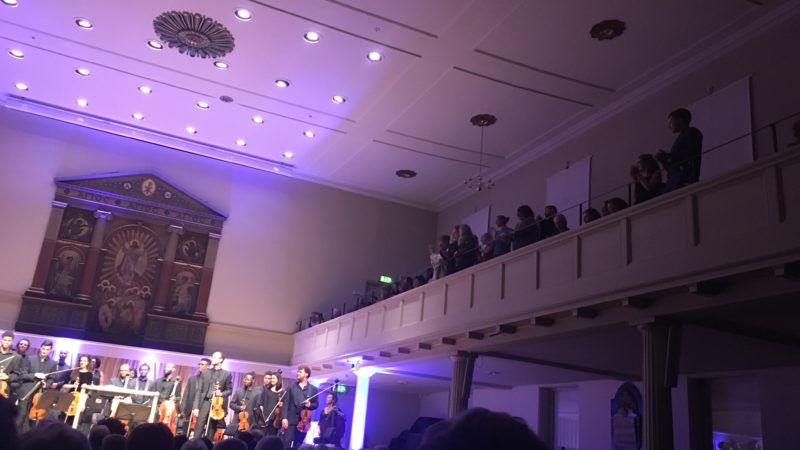 Hearing from Chi-Chi Nwanoku that this performance was the orchestra’s first outside of London caused the audience to sigh with pride, erupting into grateful applause. Once quietened enough for her to thank the Arts Council and St George’s for welcoming Chineke! Orchestra, she introduced our soloist for the evening, Sheku Kanneh-Mason whose playing was remarkable. At only 17 years old his solo’s ached with emotion, it is no surprise he was awarded the accolade of BBC’s Young Musician of the Year – he played with the most ferocious passion and skill. We were utterly enthralled by him, so much so that when he bowed to leave, he received not one but three standing ovations and foot stamping such as I’d never experienced at St George’s.

The orchestra were flawless from the moment they began. Playing with utter conviction, there was not one musician on the stage who was not entirely connected to the music and one another, led by the most mesmerising conductor I’ve ever seen. Jonathon Heyward‘s evocative facial expressions and animated movements were matched only by his energetic and accurate gestures which so clearly guided the orchestra. Enhancing their brilliance, you could see exactly how his movements led each section through the music and the how the musicians trusted him. There was a moment during Mozart’s Symphony No. 29 where he held a rest longer than perhaps the orchestra was expecting. There was a moment of tension as they went to play the next note before realising the pregnant pause and then breaking out into smiles as they were welcomed with a flourish. It made the music exciting! A joy to listen to as well as watch. I’ve attended concerts with orchestras made of musical statues, bar the odd facial twitch, but this was a completely new experience. Watching the way each section moved in unison was like watching music breathe, a complete embodiment of the scores’ coherence. 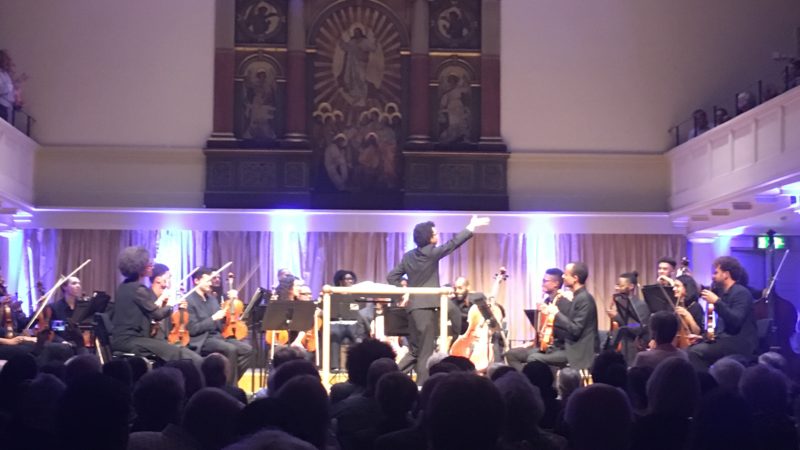 The whole evening was a joy from beginning to end, from the flawless acoustics of St George’s to the diverse audience and the impeccable standard of the musicians. It made me fall in love with classical music all over again. Do not miss your chance to see the Chineke! Orchestra when they return to Bristol in November. Tickets sold out incredibly quickly for this show and there’s no doubt in my mind that they will again.