How Active is Activism?

I’ve been meaning to write another one for months now but have been totally slammed with work/life/music/work/work/work/work/work but now I have my morning coffee break to get some thoughts out of my brain so as per, figured I’d share them!

Just to give some context as to where I am now, on the 7th July I woke up, scrolled through my facebook feed and saw Philando Castile dying on camera. The 32 year old school cafeteria supervisor was in the car with his girlfriend Diamond Reynolds and her four year old daughter when he was pulled over by a policeman. When Castile told the policeman he had a gun (as you’re supposed to in America – you have to declare to the law when you have a registered firearm) the policeman fatally shot him in the arm. He died and the policeman was sent on paid leave. Watch the video and read the full story here.

Two days beforehand Alton Sterling, a 37 year old father of five, was pinned down by two police officers at a convenience store for selling CDs and shot several times at point blank range. You can also watch the video via the above link.

Ever since Sandra Bland’s dashcam footage and resulting death in police custody, I have woken up fast. It wasn’t enough anymore to only talk about the struggle when it was comfortable or to explain different points of view in docile terms because…we’re beyond that. When I saw Akua Naru perform last year I remember her saying, “this has been going on in America for a long time, it’s just y’all know about it now.” We are incredibly fortunate that the internet and social media give us access to things that would otherwise be hearsay – there is no denying the truth when it’s laid out for you in the way these deaths are, but I wasn’t ready for it. 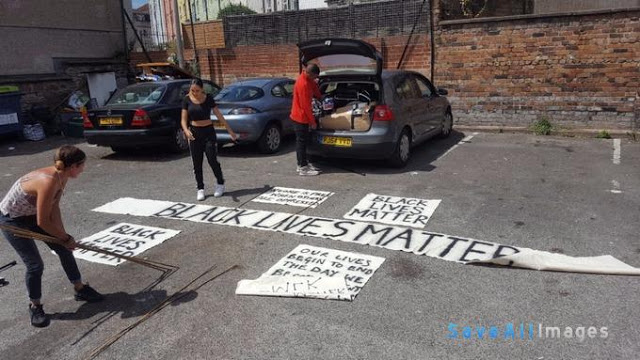 That day, I felt so sick. Sick with fear and anger but mostly overwhelming sadness. Throughout the day I got 4 calls from friends who cried with me down the phone while I sat in the bathroom at work. The overwhelming question of… Why? Why is this happening? Why is this being allowed to happen? Why isn’t everyone crying right now…? Why?

That weekend I was going to go to London to be part of the Black Lives Matter march because I had to do something – anything. Then I asked a friend of mine why one wasn’t happening in Bristol. She said she’d been talking about it with a couple of other members of the community, I was joined to the conversation and within 24 hours we organised a Black Lives Matter march to which a thousand people joined and it was one of the proudest moments of my life. To see such a wide variety of ages and races come together to say collectively that Black Lives Matter gave me hope. 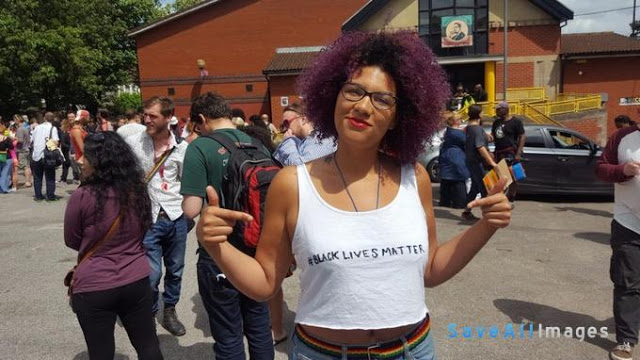 Since that march I’ve been thinking about how ‘active’ activism is. Does it always have to be a thousand strong march through the city? Or can it be something so small as challenging perceptions, asking a question that others would rather ignore – because in a lot of ways I think that’s harder. To talk to people you like or may even love about issues that don’t affect them in the same way. I’ve grown up predominantly around white, middle class people and my Facebook page reflects that. Over the past couple of years, that demographic has changed as I meet new people, join different discussions and what I’m left with now is a mix of people who are ‘Woke’ and ‘Somewhat Aware’. 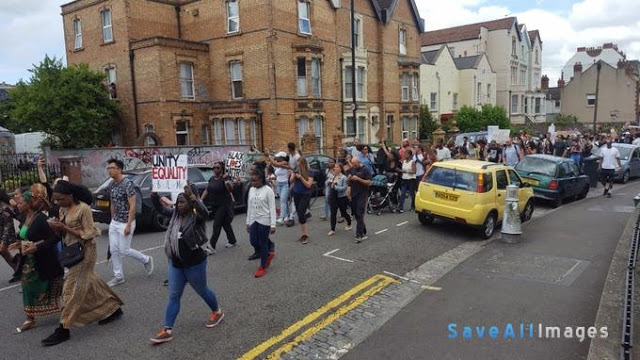 As someone from a mixed heritage I’m not unfamiliar with being in this middle ground but my god, it was FAR easier organising a Black Lives Matter march than having to explain to people who you may have known since childhood about the daily struggle because ultimately…you don’t want to have to keep explaining. You just want them to:

A) Understand that they are living a different life to you

Now, just because I’m loud and opinionated, does NOT mean I think I’m always right. Ever. I’m always up for a healthy discussion. But if we come to the discussion of race I would never think to tell a white person or a darker skinned person, how they should feel…because it’s not my place. I do not know their life experience, only my own.

I am very aware that I benefit from white privilege as a mixed race, lighter skinned black person. So if someone begins to tell me how they experience the world, how arrogant do I have to be to say, “actually I think you’re wrong”… Because how would I know?! There are some who can’t help but feel the need to be relevant – to always have an opinion and often those people are the ones who are ‘Somewhat Aware’. Maybe they feel somewhat guilty – but your guilt is doing nothing but derailing the conversation. 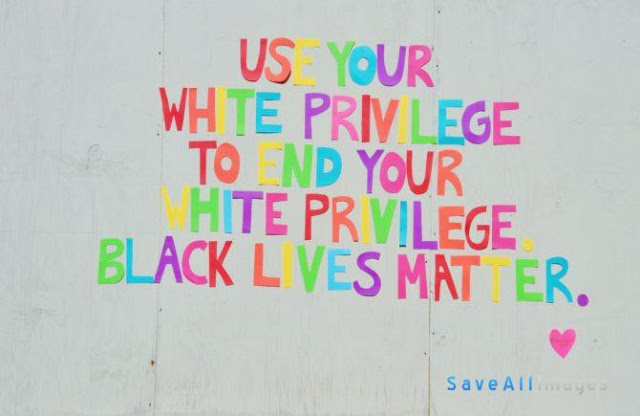 Those conversations are the hardest ones to have – the small challenges that can occur everyday because those are the ones where you may actually have an argument with someone you like, where you may both find yourselves in an uncomfortable position. I remember having a conversation about racial prejudice with one of my friends once and she was telling me about this horrible guy she works with that makes derogatory racial jokes all the time and I asked her why she hadn’t confronted him. She said “coming from a skinny white girl, it’s not exactly my place”… but it is your place. It’s everyone’s place because he’s going to pay more attention to your outrage than he is mine.

“People won’t listen to you or take you seriously unless you’re an old white man, and since I’m an old white man I’m going to use that to help the people who need it.” – Patrick Stewart

This is why, for now, I leave my politically motivated Facebook posts public. I have a network of pretty intelligent people from different backgrounds, most of whom’s opinions I respect and will listen to…but there are still questions to be asked, perceptions to be challenged and difficult conversations to be had. Even when I’m not trying to start a debate it seems to happen, every time my phone vibrates I get a little pit in my stomach thinking “Fuuuuck, what’s kicking off now?”… but I can handle that pit in my stomach, I’m used to it.

Nothing ever got solved on Facebook and I’m not under any illusions that my opinion is any more valid than anyone else’s but I’m not afraid of conflict. More often than not, I think it’s something we can all learn from.