You could be forgiven for thinking that Denai Moore is simply a beautiful voice.

If you know her from soundcloud (as I did) it is possible you listened to her electronic based music and assumed that she is another producer based artist – you would be wrong. I was wrong.

I love The Lantern at Colston Hall, it has the ability to feel intimate as well as spacious and the sound system isn’t too shabby at all. I don’t know what any of us were expecting in the wait for Denai to come up on stage but when Kendrick Lamar started booming out of the speakers I thought OK… Prepare to be surprised.

I don’t know what it is about an artist jumping between instruments that makes them that much more interesting – maybe its because you can see their art form and visualize the music making process.

Beginning on the piano before moving to the electric and then acoustic guitar – at the risk of sounding about 20 years my senior, its so nice to see the younger generation still playing instruments! We get so drowned out in EDM culture and even though I love elements of electronic music, I have to say I respect musicians more. But hey – that’s just one persons opinion, I’ve tried using Logic and there’s definitely a skill there cause it ain’t easy! 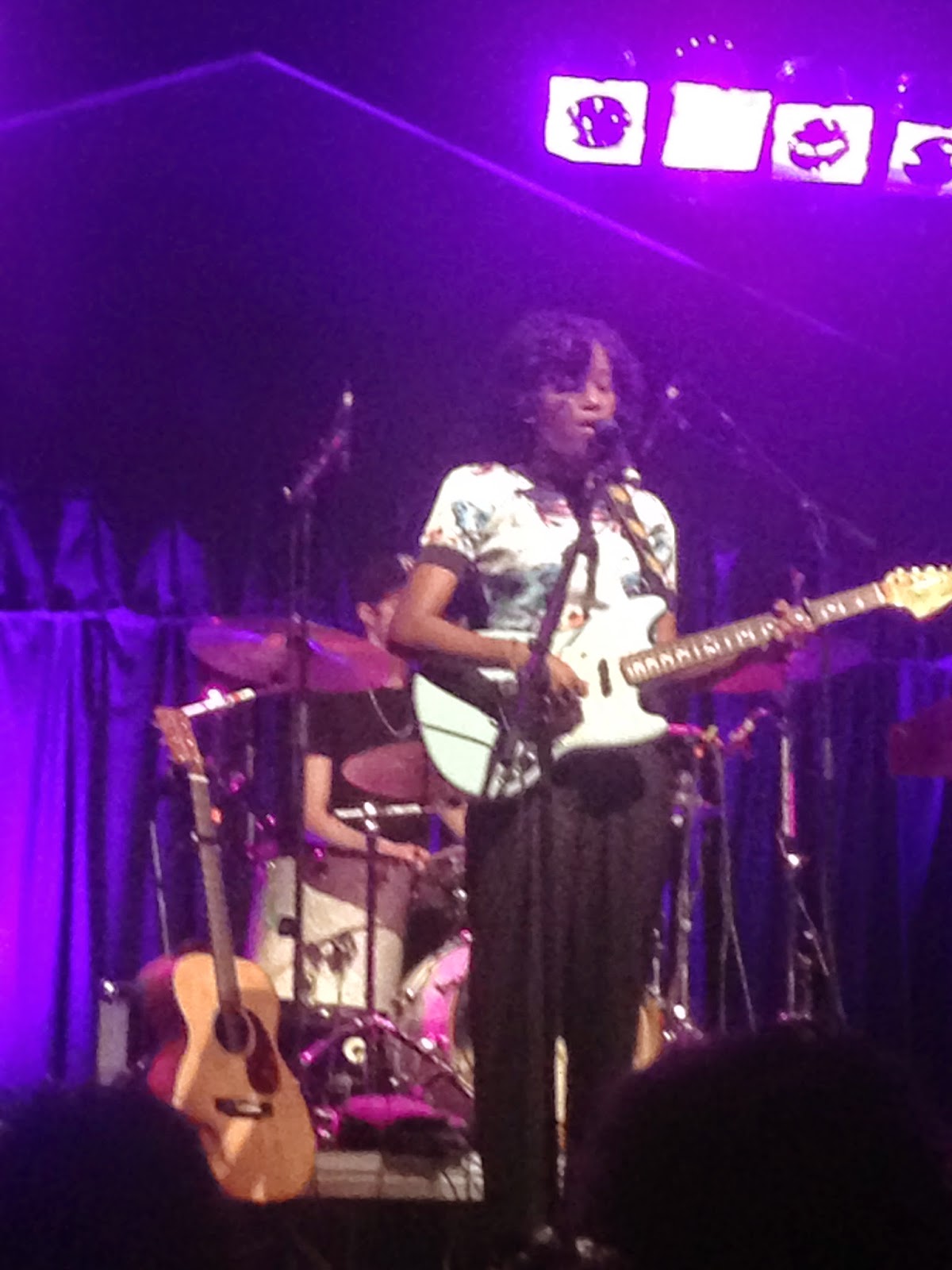 Denai is quite shy on stage, preferring to keep her head in the game which works for her sound as it keeps the audience in the songs with her. I would have liked a bit more chat, maybe just talking a bit about her songs and the inspiration behind them but then again she’s only 21 and man – she’s doing well for 21!

Her music CV is one to be admired having worked with SBTRKT, High Contrast, Fantastic Mr Fox to name just a few. For me her sound encapsulated the beauty of innocence and that isn’t to be taken in a patronizing manner.

There is something ethereal about her music, it draws you in and is unapologetic in its simplicity with oohs and ahhs and harmonies that made me feel like I was in the middle of a vast space staring into the distance.

I spoke to Denai briefly before the gig about her sound and how she’s got to where she has, as well as catching a few audience members post show.

After the gig I have to say I felt like I’d observed an artist at the beginning of their journey – I’m expecting big things from Denai. Her music is mature beyond her years.

My personal favourite of hers was No Light which almost made me cry. Even listening back to it after the gig I get shivers.

See below for your listening pleasure….