I can’t believe it’s taken me this long to write about the amazing things that have been happening but it’s been mad busy so I’m letting myself off. To kick off with the most important recap…. ST PAUL’S CARNIVAL!!!!

Let me say first and foremost; thank you the residents of St Pauls for letting the city descend onto your streets in a state of high excitement. Some may have loved it, others may have not so really, thank you so much. I know that Saturday was a highlight for many, from Bristol or elsewhere, and it wouldn’t be possible without this long standing celebration of the St Pauls community and African Caribbean culture.The weather was perfect, the coconuts were delicious and the music was on point.

As usual I don’t feel like I really ‘saw’ enough because I was constantly bumping into people I hadn’t seen in years, but that’s one of the joys of carnival. My biggest love (and this isn’t totally biased…) was the addition of the Coalition Sound stage, curated by Bristol Women in Music, Sisterworks, Concrete Jungyals and Saffron Records to showcase the immense amount of female talent we have in Bristol. Not only was it a roadblock, being asked to play on the Coalition Soundsystem stage alongside some of the freshest of Bristol’s female talent (Lil Miss Motown, Dutty Girl, Chikaya, Mercy’s Cartel, Glade Marie, Sasha Steppa b2b Bliss Zion, Dutchie, Georgia, Dazee, Mandidextrous) and long standing legends, was an absolute pleasure, and honour.

There’s been a few debates circling the internet recently as to whether it’s detrimental to have female only stages, as it can encourage the idea that female DJ’s are a novelty. I understand the thought process behind this but honestly I think that right now, we need many more of these spaces.Until it becomes the norm to look at a line up and see it is a strong 50/50 split, there needs to be spaces for women to actually get a chance to play- and be respected when they do! I turned up to DJ recently and got asked if I know how to turn the decks on…I mean, come on now – think my name would be on the poster if I didn’t know how to turn the decks on?! Lol.

Even better, let’s not limit them to one per event – let’s make 2-3 female only stages until its as regular to see an all female line-up as it is to see an all male line-up.This is an area I felt Carnival excelled at this year. On most of the line ups I saw go out there was at least one female DJ playing if not more and to see videos all over social media of my girls shelling it, representing all over Carnival – the pride was so real.

And speaking of Pride…(hehe) what a day that was only a week later! I was DJing at the Plough the night before so didn’t make it for the procession but walking around town afterwards seeing everyone draped in rainbows living their best lives was amazing. Walking through Primark I shared a ‘Yaaaaaas’ with a fierce as fuck drag queen dressed head to toe in gold sheer and I just thought, wow. In these strange political hellhole Britain currently finds itself in, thank GOD for events like these. Where we can come together as a people and enjoy each other. Make new friends in unexpected places and be exposed to experiences that otherwise might pass us by. That is the truest form of activism we have, to continue to love and accept each other at every opportunity, despite being consistently encouraged to remain divided. 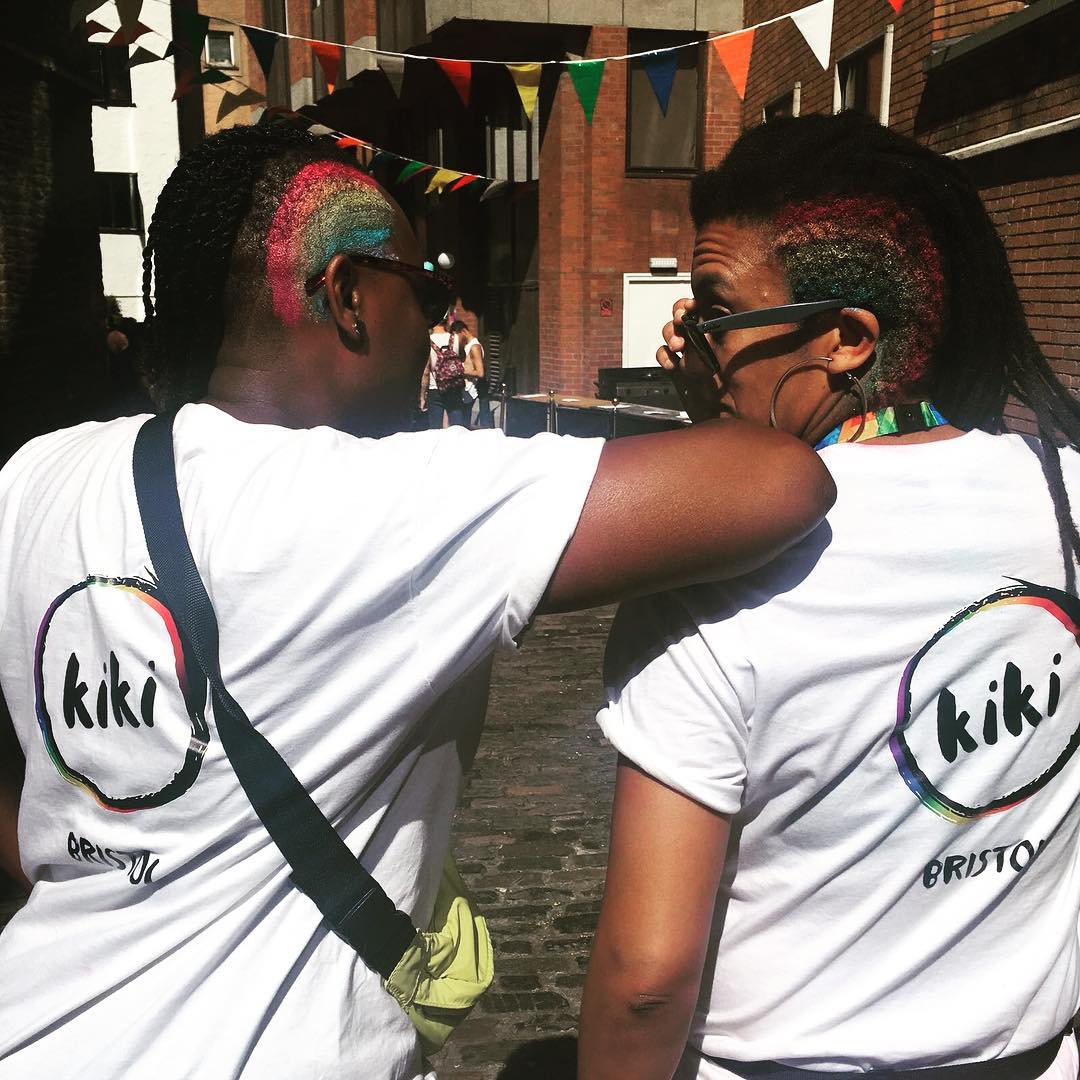 Playing at the official Pride afterparty for Kiki at O2 Academy was such a joy. There is nothing better for me when I’m playing to see people completely letting go to the music. Sweating and wining, bumping and grinding, with themselves or someone else, I love my music to enable people to let go of their inhibitions – that’s where the real fun hides!

So, thank you Bristol. Thank you for back to back weekends of community, music and love. It was amazing  ❤🧡💛💚💙💜