May I begin this post by saying – I am sure there are lots of lovely, respectful, wonderful men out there and this is not aimed at you normal people.

Now that’s out the way I’d just like to ask a question – wtf is up with the males that I come into contact with?

It’s really hard to not become jaded when the men who find me are either sex-crazed or terrified. Either way both teams start out the same…

“You’re so beautiful and intelligent and funny and confident, I love that! Blah blah blah”

I’m not actually great at receiving compliments so this bit is always pretty awkward for me. I normally say thank you, then ask them questions about themselves so we’re not stuck in this whirlpool of ego-stroking.

After that I’ll excuse myself if I’m not interested or if they actually ask for my number I’ll give it to them. I’m not that fussy about my number to be honest. It’s been the same for about ten years and is on every business card/email I’ve sent out in that time so no nose skin sacrificed.

What they do with the number… This is the moment I find out whether the guy is:

a) A potential pest

I have experienced many versions of the above.

Option A) The Pest

Picture me minding my own business, listening to Chaka Khan whilst walking to work, trying to shake off a hangover when a car pulls up and a guy starts chatting to me.

I take out my headphones thinking he’s looking for directions but am sadly mistaken. As I try to excuse myself he begins kerb crawling alongside me to the point where I begin worrying people will start to think I know him. In a moment of desperation (and boredom) I gave him my number. He called it immediately and I saved him as ‘Reggie Road Man’. 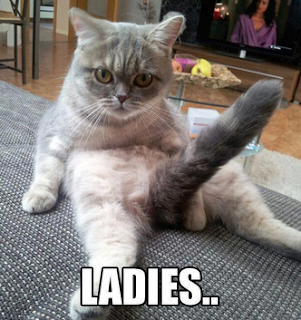 Reggie Road Man then proceeded to harass me with dead chat texts for a month, refusing to take any hints (before you wonder why I didn’t block him, I didn’t know you could block whatsapp people..allow me) before sending me a picture of his penis.

Now to ME that seems odd. Firstly it was was not of a bragging size so that’s…brave. Secondly if someone hasn’t reciprocated any of your dead chat, why would they want to see that? Thirdly WHY THE FUCK ARE YOU SENDING ME A PICTURE OF YOUR DICK???!!!

Men, please. Do not send girls pictures of yourself unless they ask for them. NO-ONE is as into your dick as you are and surpriiiiiise it’s not a turn on AT ALL to wake up to some strangers appendage at 8am in the morning. EURGH. Your mother has a lot to answer for.

A paraphrased version of the above is what I replied to him. I received ‘Suck it’, and thus my faith in the male species slipped a little further.

(at the bottom of this post you will find a chart outlining when it is OK to send a dickpic..it is rare)

Option B) The Terrified. 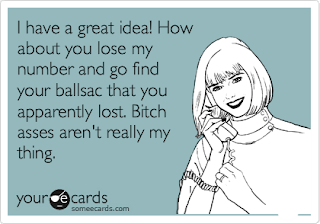 Don’t get me wrong I think guys have a tough time when it comes to dating because it’s expected that the guy has to be the one to walk over, make conversation, ask for the number, risk the rejection etc and that must be difficult if you’re not confident.

And I am not exactly a wallflower – so if someone’s come up to me I already think, kudos man, that can’t have been easy. So it’s not that people can be shy that annoys me, it’s that when I’m actively trying to make you feel less afraid by having a conversation with you, and you ask me for my number which I then give to you to show that I’m a normal person and not some mythical being and you’re still too terrified to use it… That annoys me.

I think these are the most common and you know what, not everyone is going to like you. We all have different preferences and there are characteristics that are attractive to some and not to others – not a problem.

Obviously there’s the issue of the media brainwashing people into thinking what is or isn’t attractive – but that’s a different blog post.

However, what is particularly frustrating about the option c) people is that you don’t realise until it’s too late because they tell you the exact opposite. What are we, mind-readers?!

You can chat a bit maybe have a drink or five… Get a bit drunk, a little bit flirty, a little bit handsy… And in the midst of this excitement, they begin to declare all these futuristic statements “I’m so glad I’ve met you”, “What an amazing night”, “I can’t wait to see you again” and so on and so forth and then…

Oh what, you thought that was real? Noooooo no no, just figured it was what you wanted to hear but actually I’m just not that into it so… Soweeeee

I didn’t want a relationship..?
You were the one saying you wanted to see me again…. I was just smiling and sipping my Long Island Iced Tea….

Why do I now feel like I’ve been shafted when I hadn’t decided if I liked you….?

And we’re back to square one. So in light of this I have got a kitten (pics to come) and am embracing my cat lady future xx 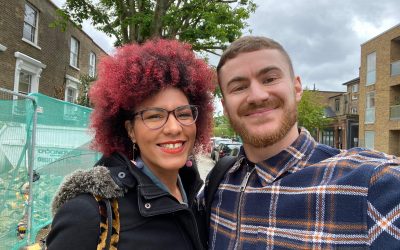