Last night I did something that a year ago I couldn’t have predicted. This time last year I was feeling utterly overwhelmed, helpless and ashamed after a friend of mine was assaulted quite literally behind my back whilst I was djing in the New Year at my night – Booty Bass – created specifically as a safe space for marginalised women.

I found out about what had happened 2 days after the fact along with some incredibly disturbing information and was suddenly in a position where I had to decide how to confront this situation. I had to deal with the individual twice when they decided to try and attend my next night at a different venue despite being told they weren’t welcome. Luckily for me, both venues were run by people who backed me when I spoke to them about what happened and most importantly let me know that I wasn’t in this alone – I had their support.

That’s where the Halt Harassment idea started – as a way to hold harassers to account through venues and promoters using each other as a support network and for everyone to work from the same basic understanding of what constitutes harassment and how it should be dealt with. This is an issue that needs to be recognised as a societal problem that cannot be solely down to the government to police – it needs to be taken on ourselves, as people who don’t want to work in environments that are hostile to women and marginalised groups.

After 6 months of grassroots meetings organised by the Art of Inclusion team, we have put together a basic accountability framework to be taken on by venues and promoters alike which can be downloaded below.

It’s still in its early stages and we’re altering it all the time to make it more robust but were asked to present the idea at City Hall last night. I’m not going to lie, I was nervous to be in that space standing in front of officials, venues and people with much more experience – but the shaking was directed to legs as I said what I had to say… That Bristol is a wonderful city that sells itself on being culturally diverse and inclusive but if we want that to extend to what happens after dark – we have to be better. People cannot touch other people without permission. Racial slurs are illegal, deliberate misuse of people’s pronouns needs to be understood – marginalised groups NEED to be protected in these areas if we want them to feel included; as an activist city, we can do better.

A year on from that horrible turn of events, I was invited to City Hall to present the beginnings of what could be a solution if everyone works together to tackle this. So this is just a little reminder that even if you can’t see the finish line; if you’re fighting for something that you believe in keep going.

END_OF_DOCUMENT_TOKEN_TO_BE_REPLACED 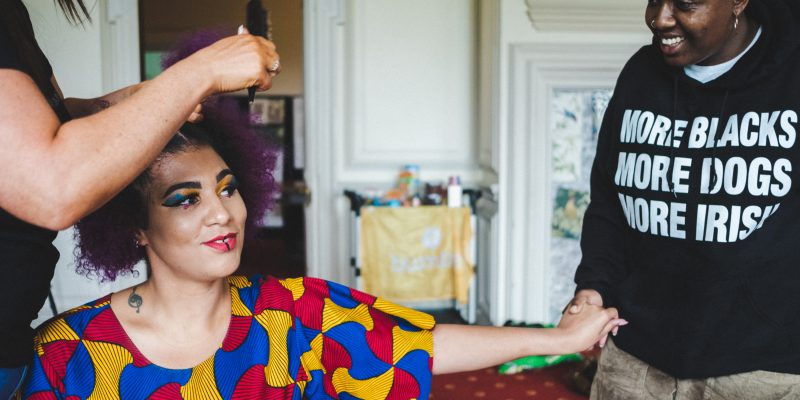