As regular blog readers will know, I do like to occasionally have a rant. Today is one of those days. Too many times have I found myself in this situation: surrounded by new acquaintances, in a club, or someone’s house, suddenly Beyonce’s popped onto the airwaves and all eyes are on me. Now, my close friends, or those who have accidentally stumbled across the rant on their way to the dance-floor, know not to try and engage me in the Beyonce hype…ever. I’m not impressed by you shouting lyrics in my face because I don’t know them – I change the station when she comes on, I kid you not. I’m not about to admit my love, and partake in the joy of yet another generic song that’s pushed out by her. Shock horror, I’m not a fan. 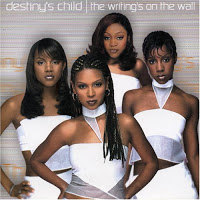 It’s funny how surprised people seem to be when I say this. Immediately, it’s ‘oh really, I would expect someone like you to love her. I mean,she’s a really good role model for you isn’t she?! Even if you don’t like her music, she’s a really good performer’. Firstly, why? Why should someone like me like her? Because she’s light skinned and a singer I’m presuming (Didn’t realise she was the only one of those in the world…) casual racial stereotype, don’t worry about it. Secondly, would I consider her a good role model? No actually, I wouldn’t. Not in any way. Thirdly, being a good performer isn’t actually what all musicians are striving to be, but thanks for showcasing all your preconceptions about me so neatly.

Now, all those cursing me, let me present my argument. Anyone who tries to say Beyonce isn’t an incredibly talented singer is an idiot. There’s no two ways about it, she is very good at what she does, and being one of the millions who grew up listening to Destinys Child, it was clear from the beginning that she was the star. Centre stage most of the time, always wearing the best outfits, her backing singers (I mean band members) had no chance of outshining her. I don’t think anyone  was surprised when she announced her solo career. And here’s where my issue began.  Her first solo music video came out and the first thing I thought was, where are her clothes?! Here’s a woman that has spent years building a career in the music industry, one that is normally dominated by men. Being respected by her peers based on her talent, she was in an incredibly influential position, and what does she do?! She throws it away by shaking her bum in the camera like a desperate wannabe. It wasn’t necessary for her career, she was already at the top of her game, so why did she do it? And what message does that put to younger generations? 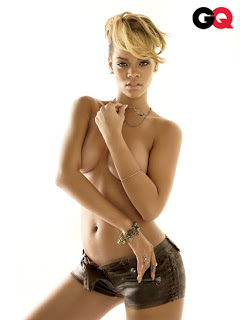 At this point I normally get the counter argument of ‘yeah but Rihanna takes off her clothes, and you don’t mind her’. Here’s the thing, from her first video Rihanna’s sexuality was her selling point. She’s always been an average singer who makes catchy songs and produces a lot of sex appeal. She is a performer, an image, and fair play to her. Whether or not she’s been exploited by her record company is another issue…At the end of the day sexuality is a powerful thing and I’m all for women reclaiming it, but why has it become the norm for women to use it as a way to further their career?

Part of it is down to the media and its obsession with glamour models and celebrity culture. It forces unrealistic ideals onto women everywhere. Exactly which goals should we be attempting to achieve? A figure that comes from having a personal chef and spending half your life exercising? And what happens when you do manage to get to that point? You then have to take off your clothes to prove you have the body everyone should strive towards. Never mind having a job, children, a life…If you have extra fat, you’ve failed. Not only is it a complete throwback to appreciating the natural figures we were born with, its affecting the self confidence of girls from a ridiculously young age. No girl should be on a diet before she hits puberty, its fucking ridiculous.

And this is where my problem with Beyonce stems from – not that I think she is solely responsible for the female populations lack of confidence, she is one swirl of icing on a very large cake. My issue is that she is the celebrity figure that disappointed me in the way she chose to further her career. From the early nineteenth century women have been fighting for their right to be seen as equals to men. They turned away from their sexuality in order to be seen and accepted based on the many different things they have to offer the world, that wasn’t based on their waist size. It’s so disappointing that we seem to have gone in a full circle, or even further. Because now its not just men treating women badly, it’s also women treating women badly. It opened my eyes to the fact that women are still 2nd class citizens in the media, the music industry, the entertainment industry, the porn industry, even in every day life we are generally paid less than the average man. Its ridiculous, and yet its accepted. Why is that?! And why are we then encouraged to look a certain way in order to further our careers? How can we expect younger generations to respect themselves when all they’re shown is women using their sexuality as a pawn in order to get on a fast track to success?

When we reach our goals, it should be because we’ve worked hard doing something we love and put in the graft that’s expected, working in an industry that’s based on talent and commitment, not on how we look in a bikini.

Here are my favourite female artists around at the moment

END_OF_DOCUMENT_TOKEN_TO_BE_REPLACED

Last night I did something that a year ago I couldn't have predicted. This time last year I was …